Join our live roundtable conversation as we speak with some of the leading women in the field of medieval music performance about the influence and voice of women.

We are thrilled to welcome Susan Hellauer (Anonymous IV), Michele Kennedy (Trio Eos), and Angela Mariani (Altramar, Harmonia radio) to our conversation. Topics will include the influence of women in the field, music for women’s voices, female composers, and unique opportunities and challenges for women.

We will follow with a Q&A from our audience. This event will be archived for ticket holders and season subscribers.

Attendees will receive a private link to our YouTube channel. Register below to attend. 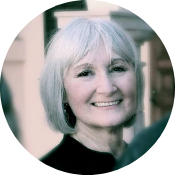 SUSAN HELLAUER is a native of the beautiful Bronx, New York, where she honed her stoopball and stickball skills. While earning a B.A. in music as a trumpet player from Queens College (City University of New York), an increasing fascination with medieval and Renaissance vocal music led her to convert to singing, and to pursue advanced degrees in musicology from Queens College and Columbia University. Susan is a founding member of the vocal quartet Anonymous 4, and is an adjunct Assistant Professor of Music at Queens College, CUNY, where she teaches courses in music history and writing. Susan has taught plainchant at Yale University, coached teams for Nyack-Valley Cottage Little League, and is a proud member of the Board of Directors of the illustrious Music Before 1800 concert series in New York. 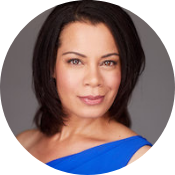 Michele’s been thrilled to sing the Bach Magnificat, St. John Passion, and Christmas Oratorio, Charpentier In Nativitatem, Handel Messiah & Dixit Dominus, Mozart Coronation & C Minor Masses, Faure Requiem, and Undine Smith Moore’s Scenes from the Life of a Martyr in recent seasons. She’s presented The Monteverdi Vespers with Dark Horse Consort & Voices of Ascension, Bach Cantatas with American Classical Orchestra, and works of Hildegard, Monteverdi, Strozzi with Folger Consort. Last season she debuted with Bach Society of Saint Louis (Poulenc Gloria), SF Choral Society (Christmas Oratorio), Trinity Wall Street Choir (Messiah), and The SF Ballet (Mendelssohn’s Midsummer). Michele’s new music adventures include Aaron Siegel’s I Will Tell You The Truth About This at NYC’s Schomburg Center and songs by Florence Price and a world premiere by Dina Shilleh in recital with Mimesis Ensemble at Carnegie Hall. After debuting Julia Wolfe’s Fire In My Mouth w/The NY Philharmonic & The Crossing in 2019, Michele will soon debut with Lorelei Ensemble in the world premiere of Wolfe’s Her Story with the Nashville, San Francisco, Boston, Chicago, and National Symphony Orchestras.

A graduate of Yale University and NYU, Michele is committed to working toward greater equity and programmatic representation for BBI, LGBTQ, and female voices across the field.  She aspires to further this work from her living room while sheltering at home. A lover of the redwoods and bay vistas, Michele lives with her husband, visual artist Benjamin Thorpe. 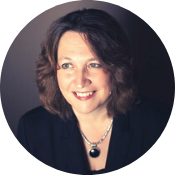 ANGELA MARIANI is Professor of Musicology at the Texas Tech University School of Music and the director of Texas Tech Early Music Ensemble. She studied medieval music performance practice with the groundbreaking early music scholar and performer Thomas Binkley at Indiana University’s Early Music Institute (now Historical Performance Institute), and with Benjamin Bagby and Barbara Thornton of Sequentia. Since the early 1990’s, Dr. Mariani has also hosted the nationally-syndicated public radio program Harmonia. She recorded and toured internationally with Altramar medieval music ensemble (7 CDs on the Dorian Group label), and has presented and published on the topics of early music performance practice, public radio, rock and roll, and Contemplative Education. In 2017, Dr. Mariani was awarded Early Music America’s Thomas Binkley Award for “outstanding achievement in performance and scholarship by the director of a university or college collegium musicum.” Her book Improvisation and Invention in the Performance of Medieval Music: A Practical Guide was published by Oxford University Press in 2017.